That was my son, Sonny’s response after “asking Prof. Google” where movies get money and financing from?

Sonny, his best friend Tommy, and I had just finished watching Avengers: Age of Ultron when the topic soon turned to how much it had cost to make the movie? However, before he could even say,

I cut him short by responding, “Ask Professor Google son, and while you are at it, also find out where movies get money and financing from?

Well, if you have ever wondered where movies get money and financing from, wonder no more. 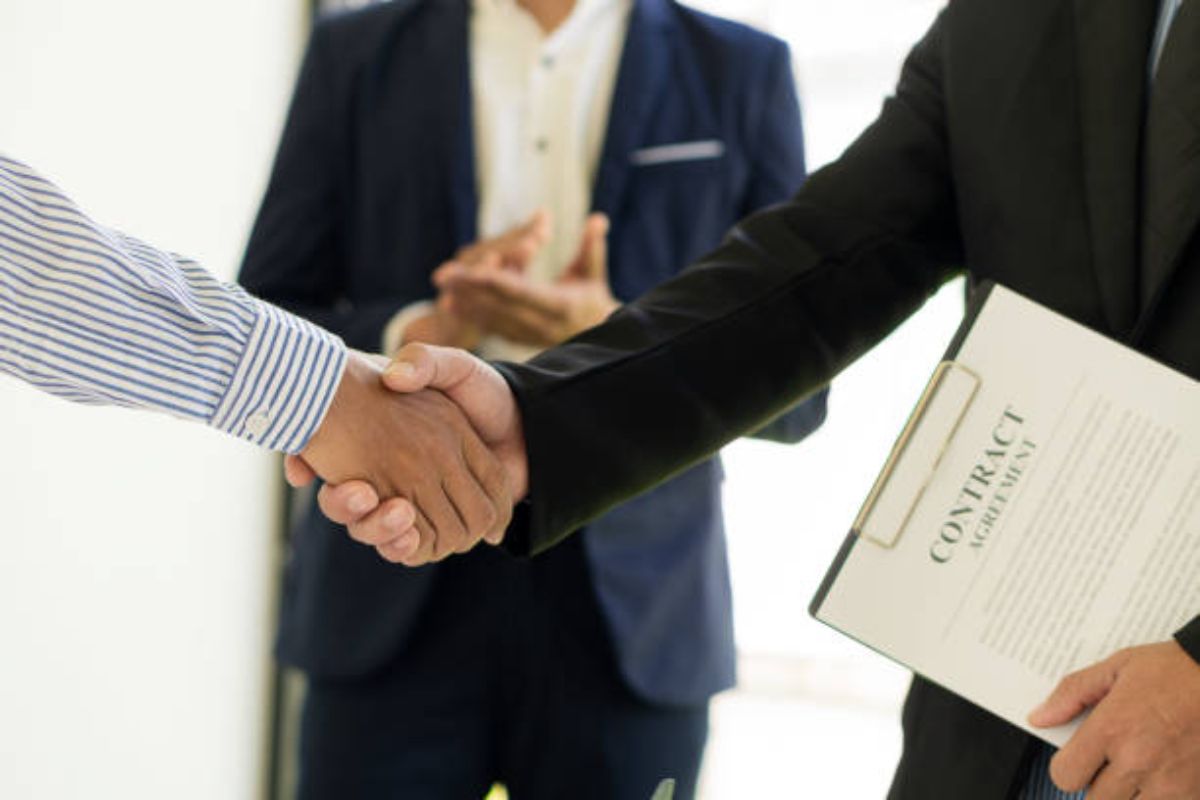 Usually, executive producers spearhead the sourcing of finance for a film. As an executive producer, it is your responsibility to explore financing, secure talent, hire producers, and set a budget. Once a firm projection is determined as to how much a movie is likely to gross at the box office, there are different avenues that executive producers go about sourcing funding for their projects.

One way, as an executive producer, you can finance a film is by doing so yourself from your resources.

Alternatively, you can spread the financial risk and look for private investors. 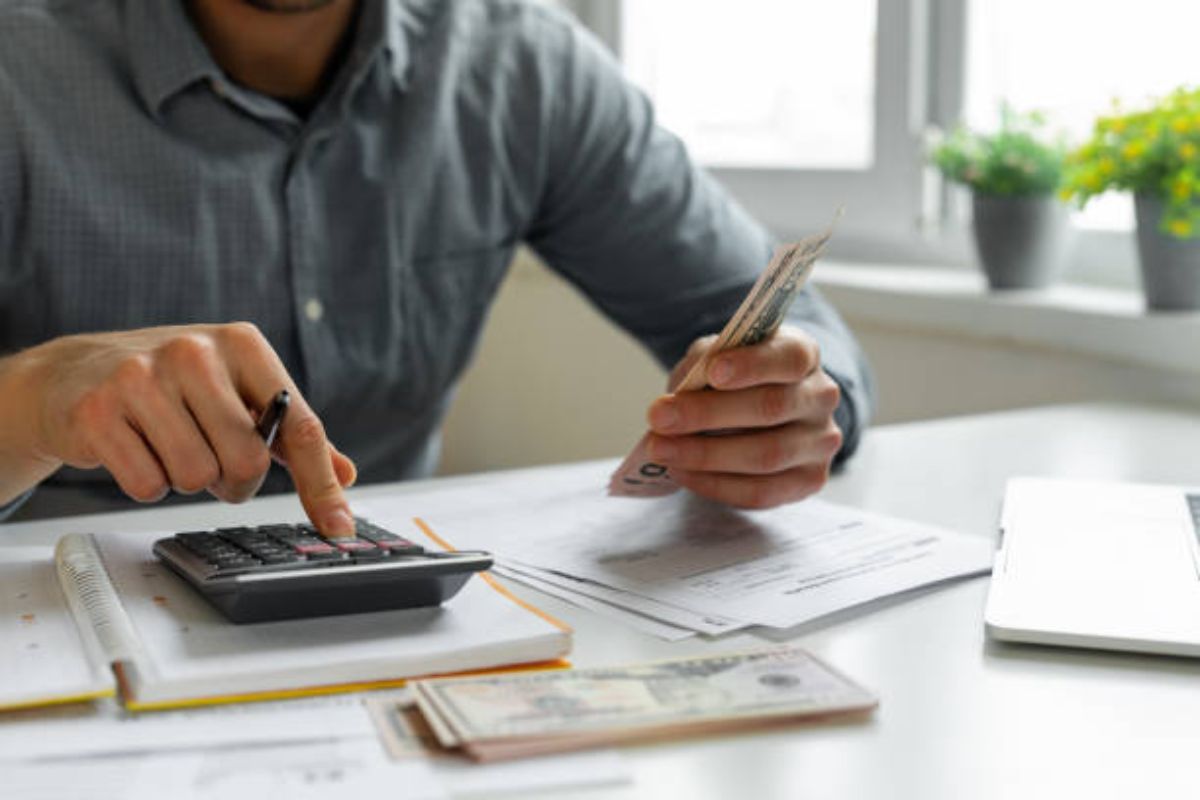 If, as an executive producer, you want to spread the financial risk or genuinely do not have enough capital to finance a movie seek out financing from other individuals or financial entities, like production companies or film investment firms. These are usually wealthy individuals who might just have a love of film or just looking to diversify their investment portfolio.

See also  How Do Celebrities Really Make Their Money?

However, due to the high-risk nature of the movie industry, private investors are rare-unless you have the reputation of such executive producers as Jerry Bruckheimer, Steven Spielberg, or Quentin Tarantino. According to Stephen Follows, “27% of film financing (comes) from private finance / high net worth individuals” Alternatively, you can spread the risk even thinner and approach a studio.

This usually involves presenting a business plan, which is the breakdown of how much you are going to need for the production of the movie. In the business plan, you also need to include your revenue projections. Doing so will provide the investors with the incentive to invest if it promises a clear return on their investment.

When a studio(s) fund(s) a film, it is the executive producer’s responsibility to present the budget to the studio, with potential overage and projected profit, to get funding approval. 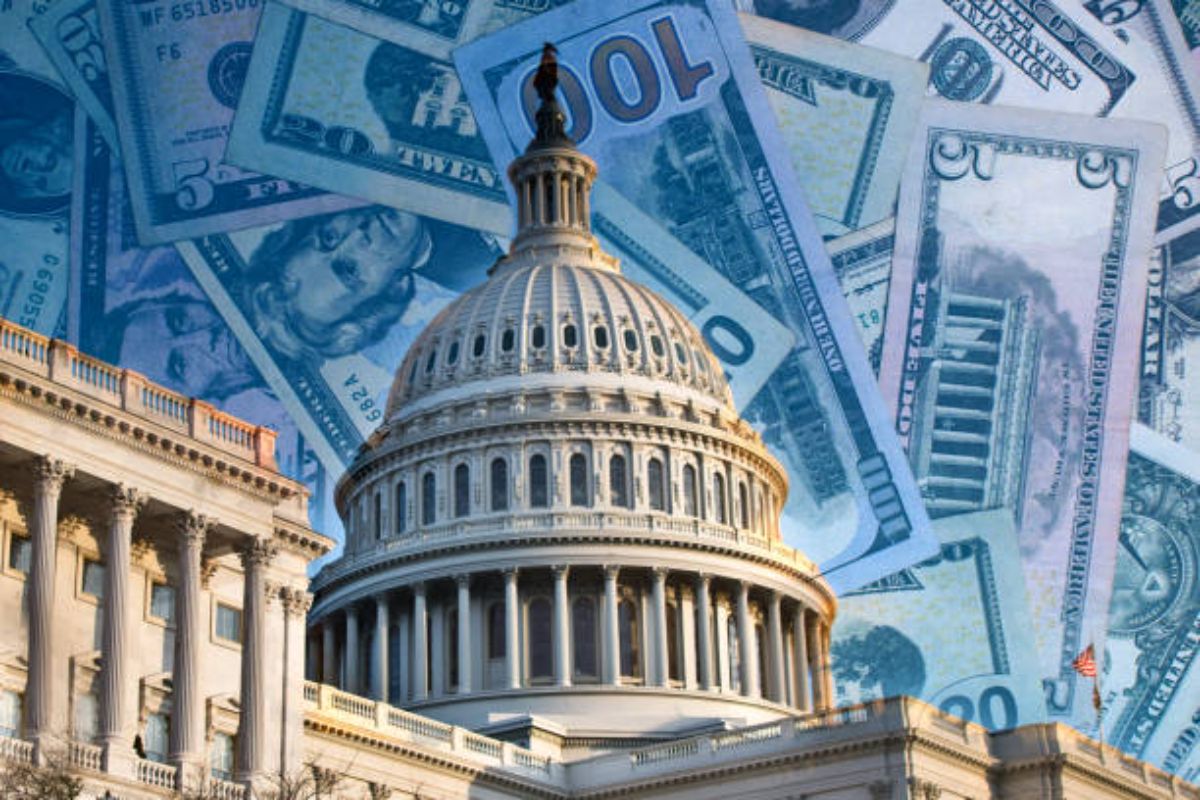 Profitable moviemaking has become such a lucrative business that many governments now have special investment and tax incentives for filmmakers.

Aside from the foreign currency movies can gross when exported abroad,  most governments’ Departments of Trade and Industry or Arts and Culture will avail funds for movie production to promote creative, cultural, professional, and artistic exchange between citizens and the national or global audience.

The U.S. government has movie production incentives in the form of tax benefits. In Catalonia, Spain, movie producers can also access funding on several levels and criteria that are mutually beneficial. They also have a program for a 30% tax rebate for international production and a minority coproduction feature film fund that aims to support films with a minority Catalan share.

Basically, this is when manufacturers and service providers pay lots of money in return for their goods or services’ exposure in a film. Reportedly, the Dutch beer company, Heineken, paid an eyewatering sum of 45 million dollars for their product placement on the James Bond movie Skyfall. 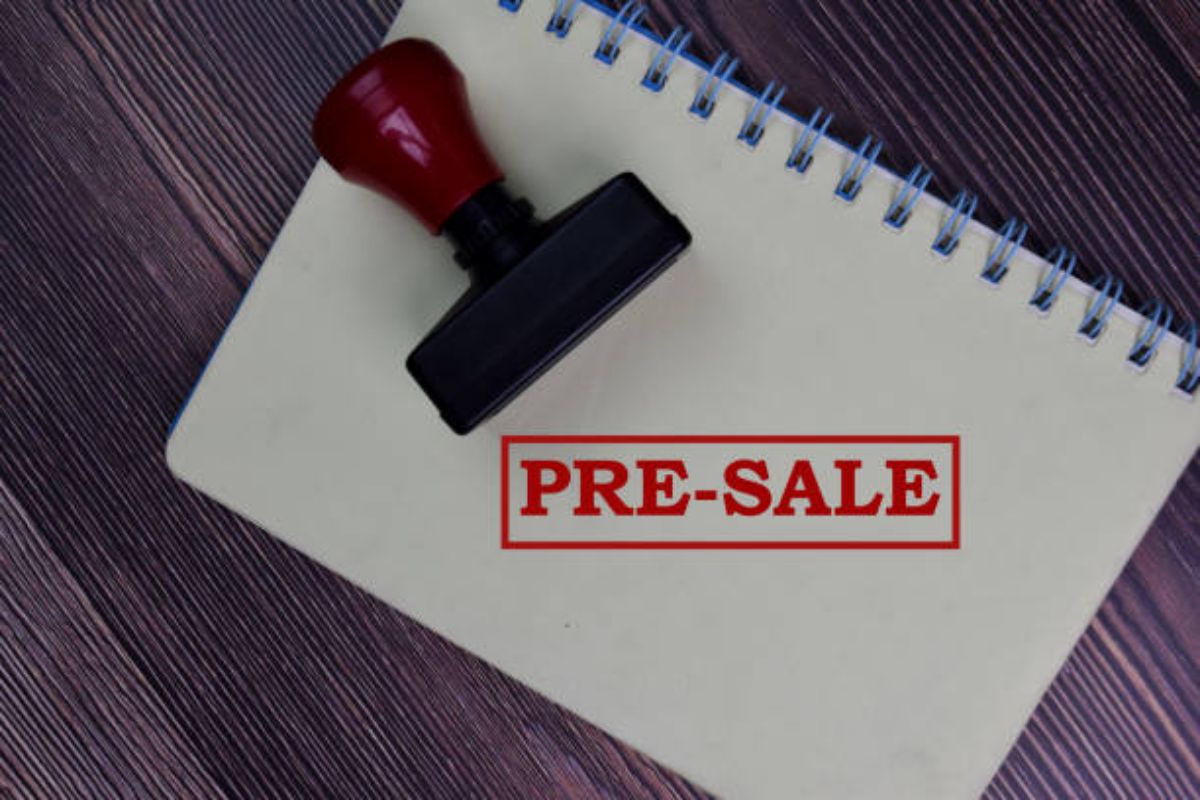 As a moviemaker, you can also raise money for your movie before it is finished by pre-selling discounted distribution rights. The idea of pre-sales started in the 80s and 90s.

Then, if you had an idea for a film with a potential cast, you could get financing from distributors and buyers who would give you a specified amount of money when the film is delivered or provide financing upfront to go and make the movie.

Nowadays, it is much more difficult to strike pre-sales deals- unless you have approached and secured the commitment of legitimate A-list stars to the project with enough clout to give buyers the confidence that they will be able to recoup their investment.

Okay, let’s assume you have a $10 million film you would like to make but have only managed to raise $6 million of it; this is when bank gap financing can come in handy. In such cases, the $4million gap can be covered by a development-orientated bank and asking for a low-interest loan.

Then again,  You can fill up that gap through equity financing or tax subsidies which in some cases can provide adequate gap financing. However, if everything else fails, you can always go the crowdfunding route. 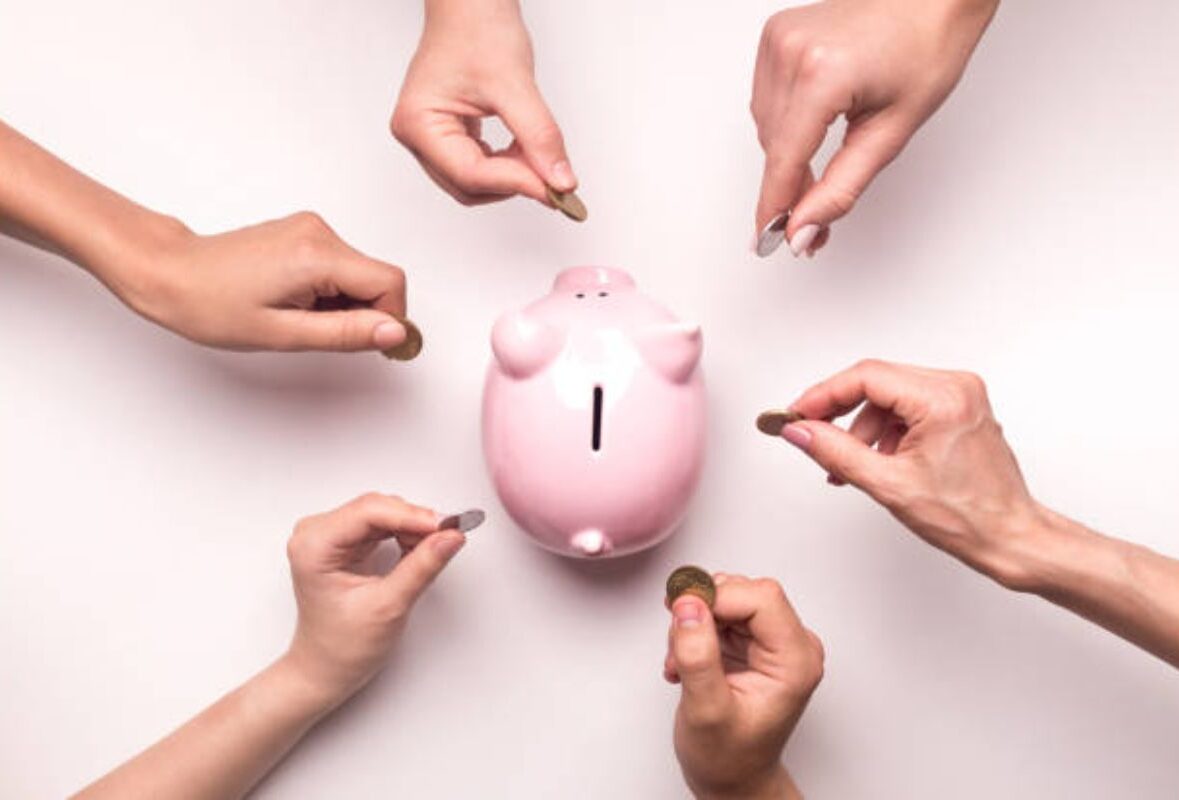 This is a way to raise money for a particular business or project from a large group of people.

For instance, movie producer Ryan Polly decided to use the crowdfunding route for the movie project “Pizza Time”. He raised $19000 on kickstarter.com and with the addition of personal funds and funds from the production company, he ended up having a budget of $35000.

Crowdfunding campaigns are usually all or nothing, which means that whatever money you set at the beginning of the campaign, you must reach the targeted amount to access the money. The most important thing to remember about funding a movie through crowdfunding is that you must pull it off the way that you said you would and deliver what you said you could to your contributors.

The amount of funding required for a movie will depend on its scope and genre. Scope and genre sometimes mean the difference between a low-budget small production and a big-budget blockbuster epic. Movies classified as low budget often require funding for not much, at most just a small cast, production crew, post-production crew, and some marketing.

Examples of low-budget movies that have been successful in the past include, “Moonlight” (2016), “The Conjuring” (2013), and “Get Out” (2017). Although low-budget films, the three low-budget movies mentioned above are, financially, the top three box office hits.

As for big-budget movies, a significant part of their budgets goes towards grand locations, A-list actors, a big production crew, extensive post-production with quality CGI, and unrelenting marketing. Past examples of successful big-budget movies have included “Pirates of the Caribbean: On Stranger Tides” (2011), “Avengers: Age of Ultron” (2015), and Avengers: Endgame” (2019).

Despite having budgets of over $400 million, these big-budget movies went on to gross well over $1billion at the box office.

But with COVID-19, streaming, and the rise of Netflix, just how do movies finally repay the money that went into making them?

How do movies repay the money invested to produce them? 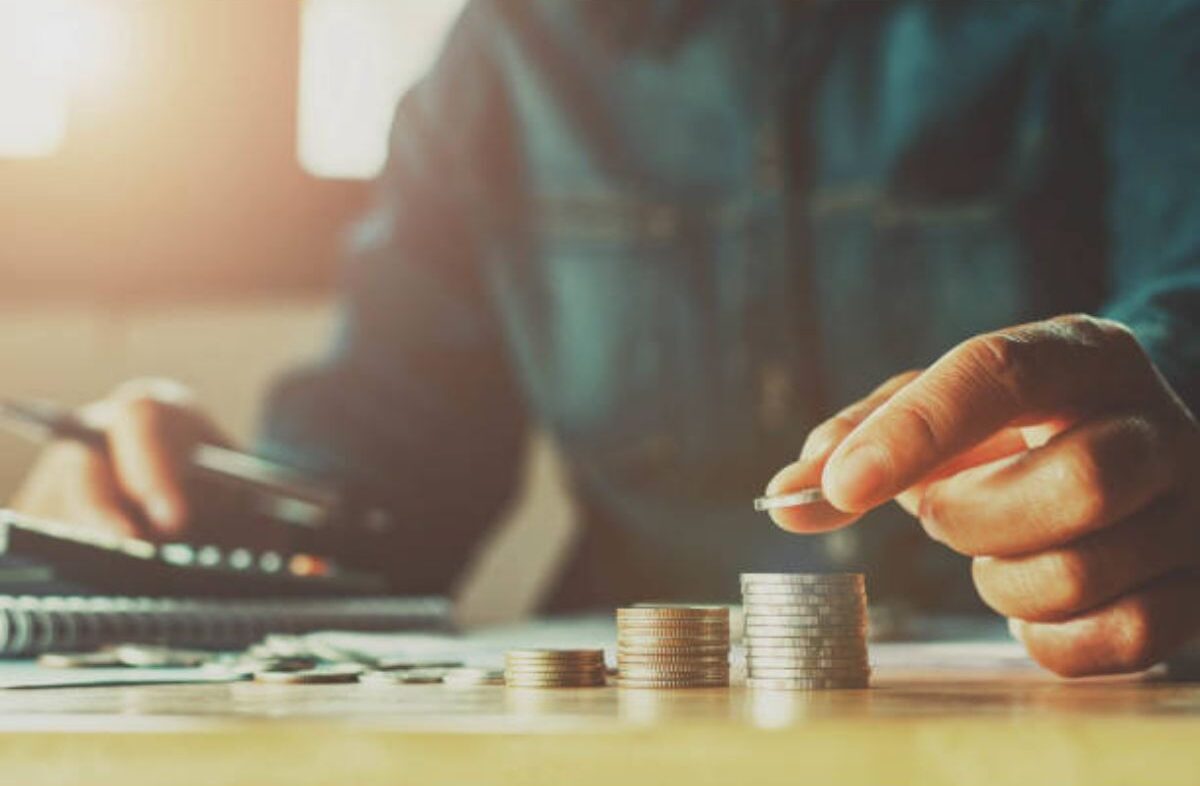 As the saying goes, “nobody knows anything in Hollywood.” Although the film industry has most recently been in a state of flux, and, due to COVID-19 protocols, ticket sales alone can’t drive revenue, movies are still able to make money! But how?!

Well, there’s merchandising, VOD, streaming video, foreign sales, and a plethora of other distribution channels that can help filmmakers, producers, and studios turn a profit.

Traditionally, movies have made their money from ticket sales at the box office or in theaters. A studio might make about 60% of a film’s ticket sales in the United States, and around 20% to 40% of that on overseas ticket sales. The percentage of revenue an exhibitor gets depends on the contract for each film.

See also  10 of the Most Expensive Fountain Pens (Mind Boggling)

As such, as many contracts as possible are made to help a theater hedge against films that flop at the box office.

So, who gets the most money from the box office/movie revenue?