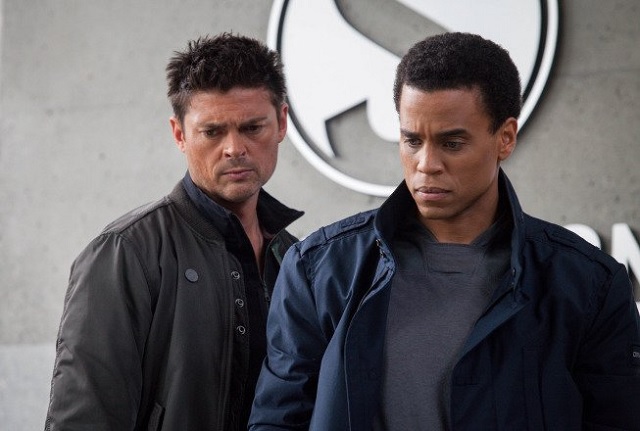 When the slate of shows set to premiere during the 2013-2014 television season were announced, one of the more intriguing shows was the FOX series Almost Human. Created by J.H. Wyman and produced by J.J. Abrams, the show set in the future had Karl Urban and Michael Ealy as cop partners, but with a twist; Ealy was to play an android. With the show’s first season finale airing earlier this week, impressions about the show could now be fully formed. Unfortunately, the first season revealed a show unable to decide what it wanted to be, and was ultimately a letdown, due to a number of problems.

Almost Human has gotten a few things right, chief among them the casting. Giving the role of Dorian the android to Michael Ealy, in particular, is a fantastic choice that has made for enjoyable moments every week. Ealy is able to bring a level of warmth and emotion to the character while still maintaining a body language and mannerisms that never lets the audience forget they’re watching an android. His work has been a revelation, but he’s not the only one. Karl Urban, while arguably getting the lesser lead role, has also been a delight as Kennex, and his chemistry with Ealy has done more to effectively sell their partnership than anything else. The secondary cast has also been placed well. When called upon, Lili Taylor has delivered in her role as Captain Maldonado, and Minka Kelly’s casting as a genetically altered perfect human being is one that few can argue with, atleast physically. Mackenzie Crook’s Rudy has also been fun to watch, as the actor has effectively straddled the line between socially awkward and professionally exemplary. The show’s guest stars have also effectively left their mark, from the likes of Gina Carano and John Larroquette in “Unbound”, to Damon Herriman in “Are You Receiving”, Benito Martinez in “The Bends”, Michael Eklund in “Beholder”, and many others. Watching both the main cast and the guest stars every week work off each other has made the show worthwhile.

Another strong aspect of the show has been the futuristic technology on display. From the digital masks showcased in “Are You Receiving”, to the spray that shields faces from cameras seen in “Skin”, to the smart home seen in “Disrupt”, the gadgetry on display in this show has been unique and innovative without being over the top.

However, the futuristic technology leads to one of the main problems; the weak storytelling. While the show’s technology has been attention grabbing, the cases of the week have been less so. A large part of this has been because the stories seem to have been written in service of highlighting a piece of futuristic equipment, rather than the equipment coming into play to enhance the story. “Simon Says” is the most egregious example of this, but other offenders have included “Arrythmia” and “You Are Here” as well. The fact that the show is more concerned with showing off the gadgets and making that the focal point has weighed down a number of episodes. Notable exceptions, however, include “Are You Receiving” and the Season 1 finale “Straw Man”. In both these episodes, the technology was revealed as a natural part of the investigation, putting the focus on the case and the characters, and the show benefitted greatly as a result. 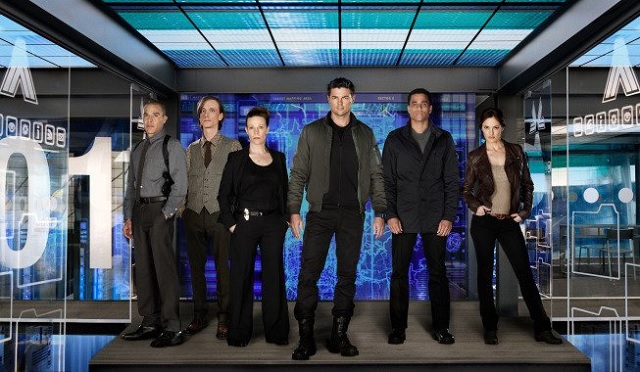 The characterisation on the show, as a whole, has also been somewhat weak. While Dorian’s conflicted emotions at being perceived as inferior to both humans and the MX androids have been explored, other characters have not been so lucky. Kennex’s feelings of betrayal about his ex-girlfriend being part of InSyndicate have been completely glossed over, and his frustration at not fully remembering the incident where he lost his leg has only come up occasionally. The same thing has occurred with Minka Kelly’s Detective Stahl, whose status as a Chrome, and the issues that come with it, have gone unexplored, not coming up until the middle of the season, and only being brought forth when it is relevant to the story. Little else has been known, and the fact that her choice to pursue being a police officer put her at odds with the community has only been told.

All of this still makes these three characters the most well-developed on the show. Michael Irby’s Detective Paul has an antagonistic relationship with both Dorian and Kennex that has been both unexplained and unchanged through the course of the season. This antagonistic relationship is also the only thing that has defined Detective Paul until his act of charity in the season finale, a character beat that doesn’t land effectively because the show has done nothing to indicate how this behaviour lines up with Detective Paul’s personality. Mackenzie Crook’s Rudy has also been woefully underdeveloped, particularly in relation to the screentime he has received, with his nervousness, loneliness, and expert handling of tech equipment only being touched on, and no real attempt to explore what makes him who he is. But perhaps the worst victim of this has been Captain Maldonado. Lili Taylor has been given precious little to do in the role, with only “Blood Brothers” giving her any amount of noticeable screentime. The writers have not added any defining traits to the character, nor have they provided any hints as to her larger purpose on the show. As it stands, Captain Maldonado’s loss from the show would leave no impact, which is egregious both in light of the screentime she has received, and the fact that Lili Taylor is capable of handling more complexity in the role.

But perhaps the biggest problem the show has faced in its first season is its utter refusal to follow up on any story threads, despite hinting at several promising ones. The tension between Kennex and InSyndicate is the most obvious one; with Kennex losing his leg in an attack on InSyndicate, and his ex-girlfriend being a member, his history with the group was already interesting in the pilot, but was not touched on until “Perception”, where it was discovered that the group had continued surveillance on Kennex. This was the last the audience saw or heard of the storyline for the rest of the season. Two episodes, however, is more than numerous other equally promising storylines got, including the potential nefarious plans of John Larroquett’s Dr. Nigel Vaughn in “Unbound”. Dorian’s implanted memories that had an unknown origin and seemed like they were created when he was a child, as seen in “Disrupt”, was also an intriguing idea that never gets mentioned again after the episode. The presence of the Wall is another potential story idea that only gets mentioned in passing throughout the season, and shown only once.

Even the story threads that could build character seem to get ignored. It’s stated in both “Perception” and “Beholder” that Detective Stahl’s Chrome status makes her over-qualified for her current profession. Yet, there’s no traction towards determining how she feels about this herself, or what led to this decision, following either episode. Rudy’s criminal past is similarly touched upon in “Disrupt”, and his desire to get out of the lab and do more hands on work is hinted at in “The Bends”, and neither trait is followed up on. Dorian and Rudy move in together at the end of “Simon Says”, but the show does not even acknowledge their new arrangement until “Disrupt”, and only in passing. Even the unravelling of the case Kennex’s father is best known for is resolved in the episode it is brought up in, somewhat disappointingly. 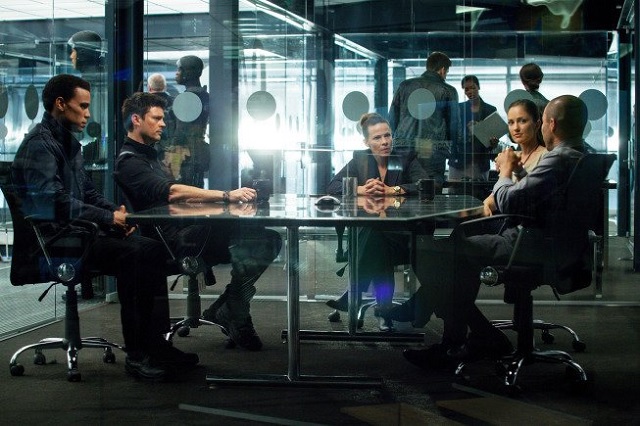 Ultimately, the show seems unsure of what it would like to do. There is enough material for Almost Human to become a serialised drama, and a compelling one at that. However, if it is insistent on staying a procedural, it will have to do more to distinguish itself, as simply setting a show in the future and having a warm chemistry between the leads is not enough to separate it from the numerous other procedurals on the air, as the show is still effectively summed up by New Procedural Mad Libs. In addition, the writers will have to drop the hints at numerous larger stories and stick to cases of the week, or begin dedicating more time to the larger arcs if they’d rather become serialised. As it stands, the show is unable to deliver in either format.

There is, however, a possibility of hope, as this is not the first show to struggle with its identity before finding its footing. In fact, even if Almost Human commits to one format, that doesn’t mean it has to stick to it, as other shows that have started out heavily procedural have gone on to become compelling dramas with larger story arcs. The most notable example is Fringe, which Almost Human creator J.H. Wyman wrote for, which took a while to set up its pieces before it began to deliver. The CBS drama Person of Interest similarly took time to shake off its procedural roots, and both shows had first seasons of 20 or more episodes, whereas Almost Human only had 13. The show, however, is running out of time, and should address these issues in Season 2, if it receives one, or else it will be a disappointment and nothing more.