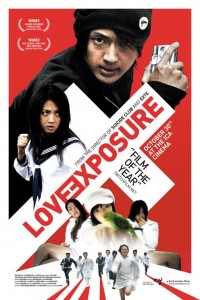 Over its four-hour running time, Love Exposure unfolds an extremely bizarre odyssey revolving around an unusual love triangle, advanced techniques in upskirt photography, Japanese Catholicism, perversion, guilt and obsession amongst another dozen or so motifs. Masterfully directed by Sion Sono (Suicide Club, Hair Extensions), proving once again that he is one of the most innovative, unique and daring filmmakers working today. It’s a cinematic oddity which never seems to drag despite its marathon running length. Accompanied by an eclectic soundtrack, slick editing and wise direction, the film leaves you feeling somewhat hypnotized. You won’t be able to take your eyes off the screen. Love Exposure is a must see for any movie buff.

After a six-year hiatus, Quentin Tarantino returned to the director’s chair with Kill Bill, a fanboy fever dream that once again proved he is a visionary filmmaker. Unfolding like a novel, the film is conceived in chapters, each boasting the look and heart of a specific genre. The film features one of the best selections of tunes ever collected for a soundtrack, dialogue as sharp as the swords that cut, and some of the greatest fight sequences put to any American film by legendary choreographer Yuen Wo-Ping (Crouching Tiger Hidden Dragon, The Matrix). While Vol. 1 was rip-roaring and highly entertaining, Vol. 2 is elegant and intelligent and offered a completely different but equally dazzling array of cinematic tricks. The end result is a non-stop visual bombardment of cinematic pop artistry and breathtaking cinema that makes me remember why I love the movies.

Listen to our Tarantino special from podcast #147 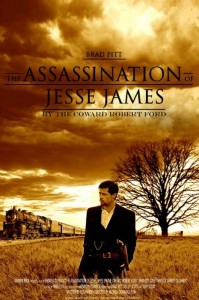 Andrew Dominik has crafted an instant classic with this long, ambitious but truly rewarding movie. The stunning poetic visuals and meticulous attention to period detail make for some of the best work from master cinematographer Roger Deakins and one can only marvel at the visual miracles achieved here. A script that takes unexpected risks and whose dialogue sings with poetry and a true spirit to the America of the 1880’s. Combine all that with award-worthy, sensational performances from an all-star cast. including Casey Affleck – who proves him to be a character actor of immense creativity – and you have a near-masterpiece. The best Western to come across the range since Jim Jarmusch’s Dead Man. 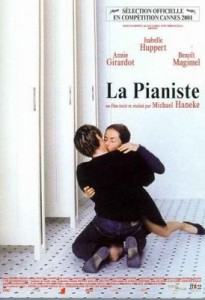 A brutal and absorbing portrayal of a repressed woman who takes refuge in sado-masochistic sexual games. The Piano Teacher makes for rather unpleasant viewing but is well worth the watch for the brave, harrowing performance by Huppert, an actress tearing into a historical role. Extremely disturbing for its extraordinary themes, and an ending that will amaze. 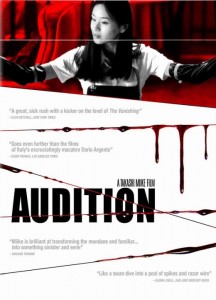 This art-house cult horror film will be talked about for a long time to come with. The last section of the film features some of the most harrowing, graphic closeups of torture ever put on celluloid, but even in its gore-filled shockingness, the film is a monumental achievement by a director willing to take chances and challenge his audience. Based on a novel by Ryu Murakami, Audition isn’t nearly as gory as Ichi the Killer, but it has to be Miike´s most disturbing and most powerful film. In fact it was listed at #11 on Bravo´s 100 Scariest Movie Moments. Not for the faint of heart. 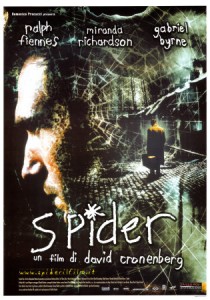 Cronenberg pieces together a compelling portrait of mental illness with Spider, a dark, brilliant journey into memory and schizophrenia. Cronenberg has made a sad character study that also works as an intellectual thriller. It may be Cronenberg’s most depressingly bleak film, but it is a major film from a major director that will be talked about and dissected in years to come. 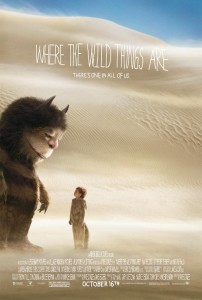 Spike Jonze’s heartfelt adaptation is as beautiful, heartbreaking, and ingenious as the original source material. Jonze manages to never take anything away from the story but rather he enhances and enriches its text and makes the clever choice of making a film about childhood as appose to a children’s film. If his audience is children, he always pays respects to them by never talking down and never shies away from striking minor chords and tugging on many emotional strings. It involves viewers of all ages on different levels and is one of the most visually interesting family pictures since The Wizard of Oz. 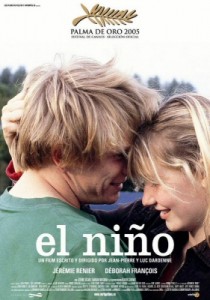 Directed by Jean-Pierre and Luc Dardenne

Jean-Pierre and Luc Dardenne present another uncompromising, emotionally devastating depiction of human struggle with The Child. Winner of the Palme d’Or at the 2005 Cannes Film Festival (their second, after 1999’s ROSETTA), L’Enfant is a hard-hitting and involving morality tale that had Slant Magazine’s “tough guy critic” Ed Gonzalez call it nothing short of a miracle. 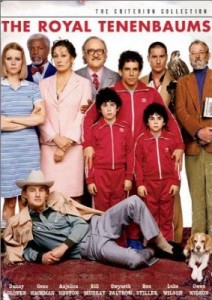 Wes Anderson’s fairy tale of a New York dysfunctional family is a wonderful, quirky, offbeat comedy-drama with the right mix of humor and poignancy. Never sentimental or predictable The Royal Tenenbaums proves that Wes Anderson remains one of the truly original voices in contemporary American filmmaking, and although it is not my favorite film from his oeuvre, it – so far – is his very best. 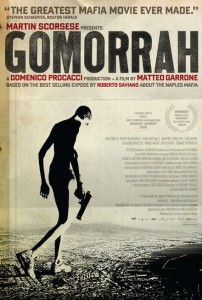 If you want to see a gangster film that isn’t all about stylized violence, then Gomorrah is for you. A somber, slow, but well-paced study of organized crime with unflinching realism, Gomorra paints a broad picture of the powerful Camorra crime family in Italy. Director Matteo Garrone has adapted Saviano’s novel loosely for the screen, creating an episodic and overwhelming portrait of ordinary lives engulfed by violence and total corruption. Put best, Gomorra is simply the best gangster film of the past decade.

Listen to our review of Gomorrah from podcast #79 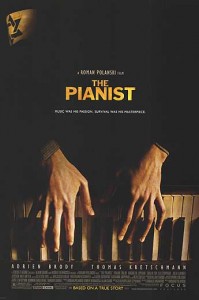 It takes a great film to persuade The Academy of Motion Pictures and Arts to award a filmmaker best director after his exile out of the country due to sexual assault on a minor. Yet The Pianist is not only a great film but perhaps the director’s finest achievement and his most personal work to date. The film examines a terrible time in world history with a personal eye. The Pianist is altogether heartbreaking and although it breaks no new ground, it serves as a strong reminder of one of mankind’s worst atrocities. 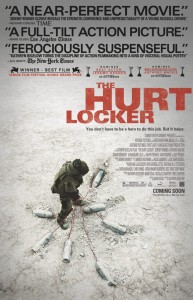 There is a lot to like about this film from its direction to its style to its brave performances. It never draws too much attention to itself nor is it ever too flashy. You always feel the sense of urgency and danger and Bigelow never gets boggled down with any cheap tricks, instead masterfully building up the suspense. A fascinating character study that doesn’t spend its time moralizing and isn’t weighed down with any political message. A nerve-shredding, visceral thriller that is not only the best Iraq war film but one of the best war films ever made.

Listen to our review of The Hurt Locker from podcast #151 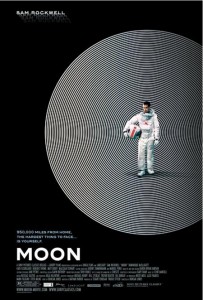 Unlike the majority of Hollywood sci-fi films, Moon is about something more than explosions or endless, mind-numbing action sequences. Moon boasts a slow, deliberate pace, focusing more on character study while tackling issues of identity, individuality, isolation, abandonment, alienation and the  idea that mankind will always wrestle with the very nature and value of his own existence. First-time director Duncan Jones lets the film evoke these issues without preachiness or audience spoon-feeding.

Listen to our review of Moon from podcast #133 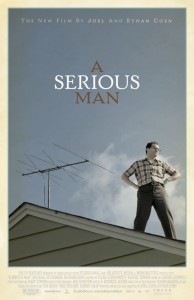 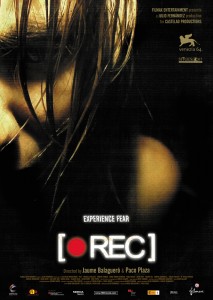 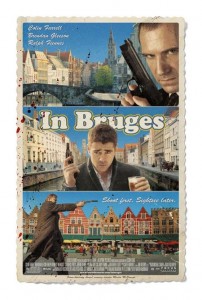 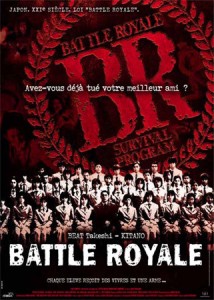 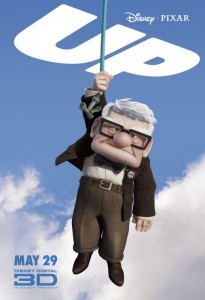 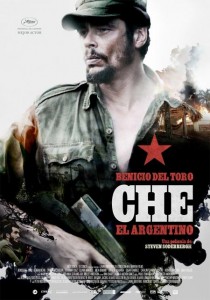 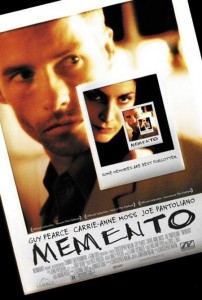 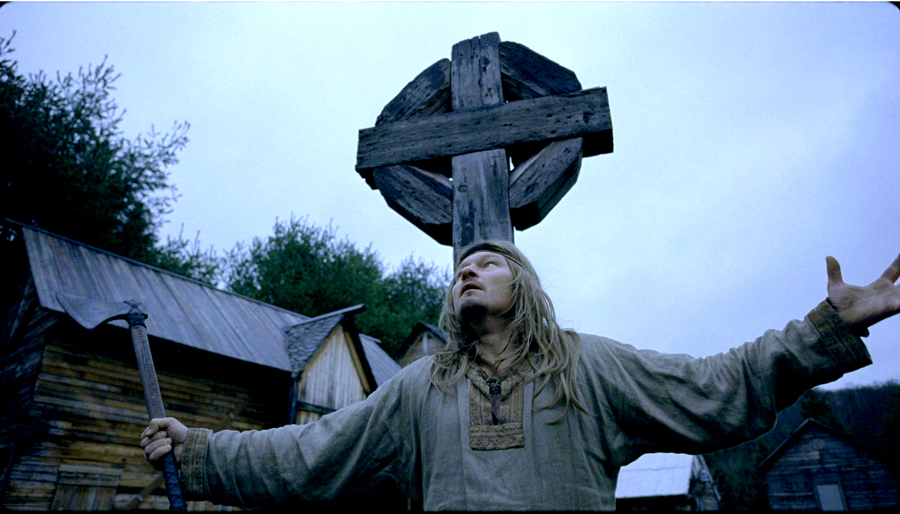